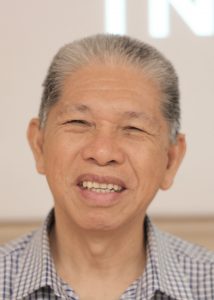 Wong Li Who Ben
Diagnosed with Retinitis Pigmentosa at the age of 18, Ben is one of our most senior trainers and an inspiring figure to participants and partners alike. Despite his long-lasting impairment, he lives life to the fullest: from agent of insurance, starting his own company to a long-term SAVH partner. Possessing an immense experience that comes with age, Ben enhances our sessions with his unique anecdotes and charming persona. Ben hopes to master the Erhu, and write his own fiction depicting the values he holds dearest.

Lily has been awarded as the Winner of Humanitarian and/or Voluntary Leadership for the Ten Outstanding Young Persons of the World 2017, as well as the Singapore Woman Award 2014. Currently, Lily studies her part-time degree program in Sociology with Communication at the SUSS. Also, she is the founder of ExtraOrdinary Horizons, her business of teaching sign language to public, and providing services in performances. She is a seasoned performing artiste who performs song-signing and mallet percussion. She performs her local and overseas stints since 1989. 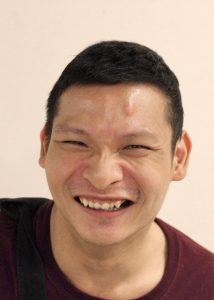 Sim Kang Wei
Kang Wei was born with Cerebral Palsy. Growing up, he has always been fixated with a singular question: what is the fundamental purpose of life? He is no stranger to adversity and the power of empathy in his life journey. Kang Wei has dealt with many issues including low self-esteem, bullying and many others. His experience has moulded him into becoming a passionate in helping others. Kang Wei is trained as a counsellor having graduated with a degree in counselling from the Singapore University of Social Sciences in 2016. 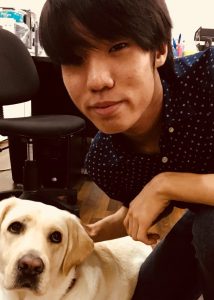 Joshua Tseng
5 years ago, Joshua’s doctors told him his eye condition, glaucoma, had reached the point of no return and he’d have to consider a life-long career as a masseuse. As a holder of a Diploma in Marketing and a current undergraduate studying Information Systems at SMU, it’s obvious that Joshua has chosen a very different path. Ever-candid about his personal experiences, Joshua freely shares stories about his adjusting to a life of blindness; one of his favourite sayings comes from Elon Musk, who once humorously remarked about finding a purpose in life by saying, “I’m just trying to think about the future and not be sad.” 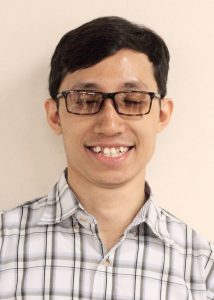 Zahier Bin Samad
Zahier is legally blind due to a Retinal Detachment. His love for music and optimism saw him learning to play multiple musical instruments (e.g, guitar, drum & ukulele) even after he turned blind. Zahier has had varied work experiences – as a Braille Educator with a social enterprise and Project Guide with Dialogue in the Dark Singapore, amongst several others. He was recently mentioned by Prime Minister Lee Hsien Loong during the Opening of the Enabling Village. 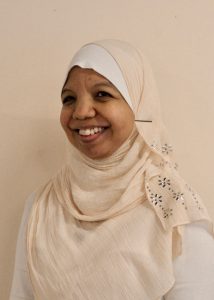 Siti Rossaliza Binte Rosli
One of our most experienced educators is simply known as Liza. She was diagnosed with glaucoma resulting in 100% loss in sight. Rather than letting that get in her way, Liza continues her journey of self-fulfillment as she strives toward her own new brand of education with her optimistic attitude leading the way. Her hobbies vary from sports, baking and even music. Liza looks forward to becoming a writer of children’s books. 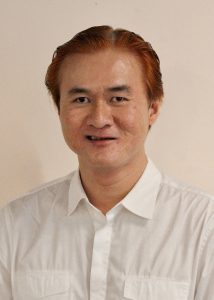 Steve Tee Wee Leong
Steve is partially blind due to Retinitis Pigmentosa. He possesses a Bachelor in Computer Security, Network Administration and Design (Double Major) from Edith Cowan University, Western Australia. He is currently working as a Call Centre Supervisor at a social enterprise, and was one of the recipients of the Exemplary Employee Award 2014 organised by Enabling Employer’s Network (EEN) and SG Enable. In 2017, he joined the national para-cycling team as a tandem cyclist and won a bronze medal at the ASEAN Para Games. 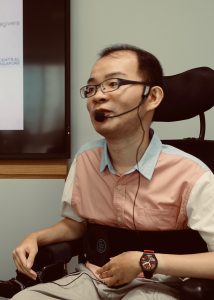 Oh Boon Keng
Boon Keng is an NUS Social Work graduate who is a little different from the rest. He has Muscular Dystrophy, which is a genetic condition that causes the body’s muscles to gradually weaken and waste off. Despite the limitations arising from his disability, Boon Keng still strives to lead a fulfilling life and contribute meaningfully to the society. Boon Keng aspires to be a successful motivational speaker. He hopes to share his story on overcoming societal expectations and norms to lead a happier and more meaningful life. His favourite quote, from George Bernard Shaw, “You see things; and you say ‘Why?’ But I dream things that never were; and I say ‘Why not?’” 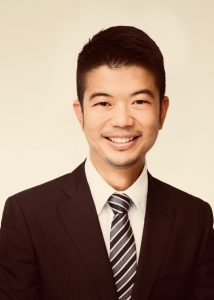 Adrian Yap
Adrian is working as a data analyst in the financial line. He is a PhD graduate from one of the top Japanese private university. His achievements include the winning of Amazing Race Asia as 1st Asian Deaf Singaporean and representing STB as a Deaf Tourist Ambassador for Around the World Clipper Race 05/06. He is passionate about fitness and learning new things including different languages and he enjoys doing outdoor sports and anything that keeps his mind and body fit! His ambition is to help to advocate for more disability inclusion at workplace in PMET settings in Singapore and beyond. 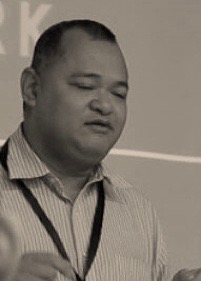